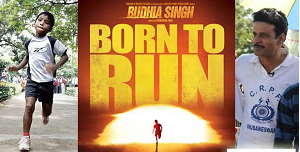 Different types of people live in India, in which there are many types of talent. From children to elders, there are many such talents about whom we have heard or seen in TV, news characters. Sometimes a child becomes a Google boy, who shows addition and subtraction faster than a calculator. One such wonderfully talented boy is Budhia Singh. A few years ago you have seen a lot about it on TV, this is the same guy who at the age of 4 made a name in the Limca World Record Book by participating in a 65 km marathon. The story of Budhia Singh is no less than a film story, from birth till now, everything seems like a story. Today the whereabouts of such a great fast runner Budhia is not known, the poor man has got lost in the dirty politics of the country. Budhia Singh is being called the next Milkha Singh, who could have given India a gold medal in the Olympics.

Budhia was born in 2002 in a poor family of Orissa. He had 3 siblings. When Budhia was 2 years old, his father died, due to which the responsibility of upbringing fell on the mother’s shoulders. Budhia’s mother used to earn money by doing utensils, broom-cutting in the house of others and used to raise her children. Once she fell ill, there was no money in the house even for medicines, so it was even more difficult to arrange food and drink for four children. Then Budhia’s mother Sukanti sold her son Budhia to a hawker for Rs 800 in 2004 for money.

That hawker used to torture Budhia a lot, did not even give her food. When her mother saw all this, her heart ache, but due to lack of money, she was not able to bring him back to her. Then she went to the orphanage near her house, which was run by Biranchi Das, and used to give judo training to the children there. Budhia’s mother begged Biranchi to somehow get her child back from the hawker. Biranchi was very kind, he took Budhiya by paying money to the hawker, and gave him shelter in his own ashram. Here Biranchi had the legal custody of Budhia.

Little Budhia Singh’s life changed after coming to the orphanage, he got back to his childhood, where he could do whatever he wanted, he could do sports, eat enough food. Once Biranchi Das was busy in some of his work, then Budhia started making noise around him and started troubling him. Biranchi punished Budhia in anger, and said, go round the field. The naive Budhia used to give a lot of respect to his guru, started doing his rounds and kept doing it continuously for 5 hours. Biranchi Das forgot that he had punished Budhia. When he came out after 5 hours, he saw Budhia circling in the field, which he was shocked to see. After this Budhia’s heart beat was checked, then she was completely normal. Here Biranchi came to know the great talent of Budhia and, the country got the shortest runner.

Biranchi Das accepted Budhia as his disciple, and started giving him rigorous training to further refine his talent. Biranchi wanted to bring his talent in front of everyone, he wanted Budhia to illuminate the name of the country. For his training, Biranchi used to run with Budhia from 4 o’clock in the morning, a small 3-year-old boy used to run the bus continuously for 3-4 hours. After this, he was given training in the evening as well. After 7-8 hours of daily training, Budhia had become a good runner. By the age of four, Budhia had completed it by participating in 48 marathons.

On 2 May 2006, a 65 km marathon race was held in Odisha, which was 65 km from Bhubaneswar to Puri. In which big people took part, but a 4-year-old boy took the entire limelight towards him at that time. Budhia started the marathon at 4 am from Bhubaneswar city of Orissa, and finished it after 7 hours 2 minutes at Jagannath Puri. Jagannath Puri Rath Yatra Read on to know about it. He was the first child to complete this 65 km race, whose name was also recorded in the Limca Book of World Records. Here Budhia’s life changed. A small child from a small village in Orissa got stardom. This race was shown in all news channels, newspapers. in life importance of newspaper Read to know.

After becoming a marathon boy, Budhia became a star. He started getting work in many ad films on TV. Apart from this, people started calling him as a guest in many places. Due to the increase in work, Budhia also started getting good money, which improved his condition at that time. After this, everyone started expressing their rights on Budhia, her mother also reached the court and filed a case against Biranchi Das. Biranchi Das was accused of using Budhia for his own benefit. In January 2006, Indian child welfare officials accused Biranchi Das of getting a small child to work, but all these allegations were denied by Biranchi Das.

Controversy was now heating up on Budhia, the then government gave allegations of investigation of Budhia. After investigation, it was said that Budhia is physically weak, it is not right for him to run so much. After which Budhia was kept from Biranchi Das to the government hostel in Bhubaneswar. The government never brought the medical report of Budhia to the fore, due to which there was a sensation in this case. Budhia’s running was banned, and she was asked not to participate in any marathon.

On 13 April 2008, Biranchi Das was shot dead by some people in Bhubaneswar, Odisha. After this the case of Budhia Singh again came in front of the people. The mysterious murder of Biranchi was linked to the Budhia Singh case. According to the police, on April 13, Biranchi Das was in BJB College, where he used to give judo training, where Raja Acharya and his associates shot and killed him. It is said that Biranchi supported model Leslie Tripathi, who was harassed by gangster Raja Acharya. The government was shaken by the death of Biranchi, and further heated up the politics.

Biranchi’s murderers Raja and Chagla were traced, arrested and sentenced to life imprisonment by a fast track court on 13 December 2010.

Why Budhia could not become a great runner –

A biopic film is being made to bring the story of Budhia Singh in front of everyone, which is being directed by Soumendra Padhi.

In the film, Manoj Bajpayee has become coach Biranchi Das, Master Peacock has been finalized in the role of Budhia Singh. The film was shown at an event abroad, where it has been well received. Through this film, we will be able to know the story of Budhia Singh more closely, and understand whose fault is it.

Somewhere in stopping the development of Budhia Singh, our government and we are also responsible. When the film is coming, this child is being remembered, no one cared about where he was for eight years, in what condition he was. According to a news channel, he had interviewed Budhia, in which Budhia has said, he is completely healthy, and lives in the hostel. He said that he has not been kidnapped, he sometimes meets his mother.

6 January 2022 Know what is the price of gold today 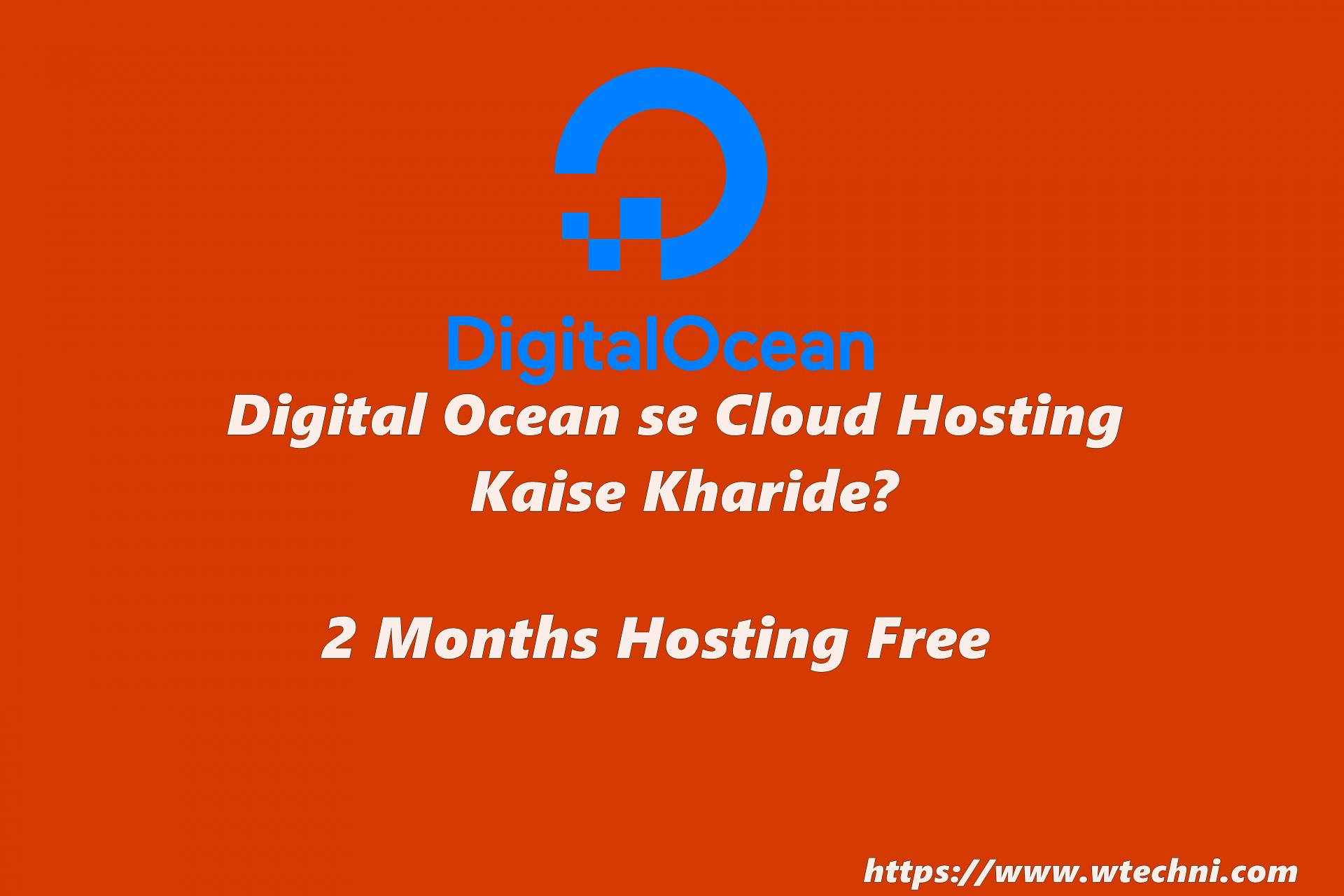 What is Digital Ocean and how to buy hosting from it

What is loan and its types 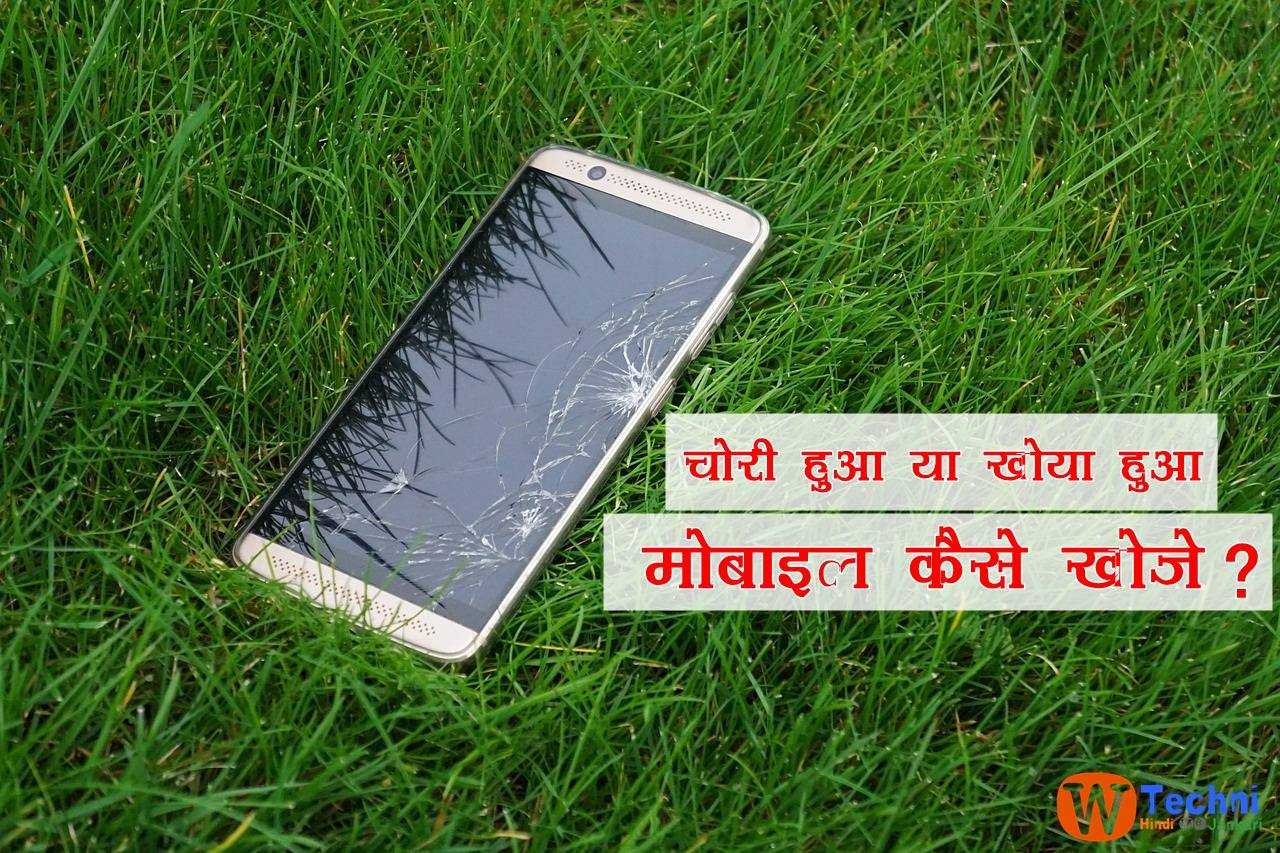 How to find the lost phone? 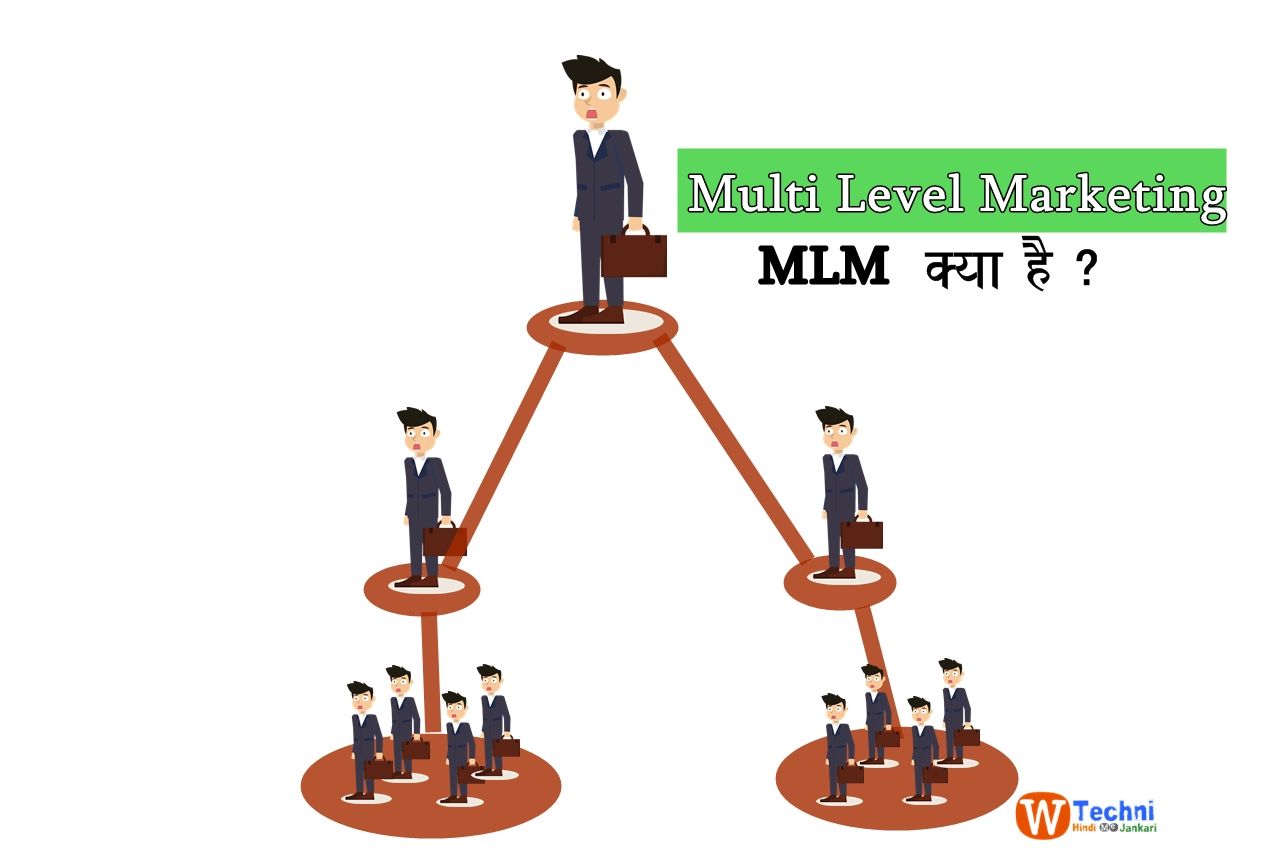 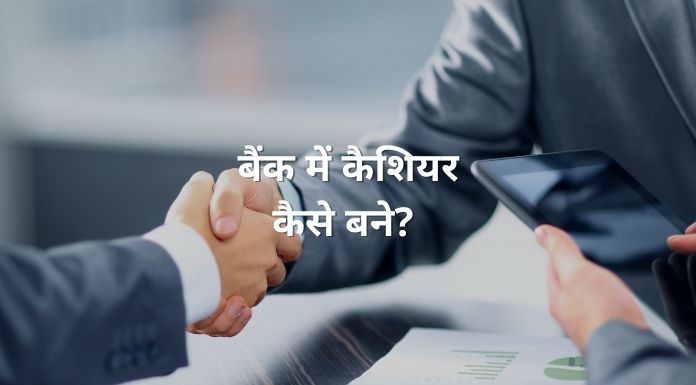 How to become a cashier in a bank? 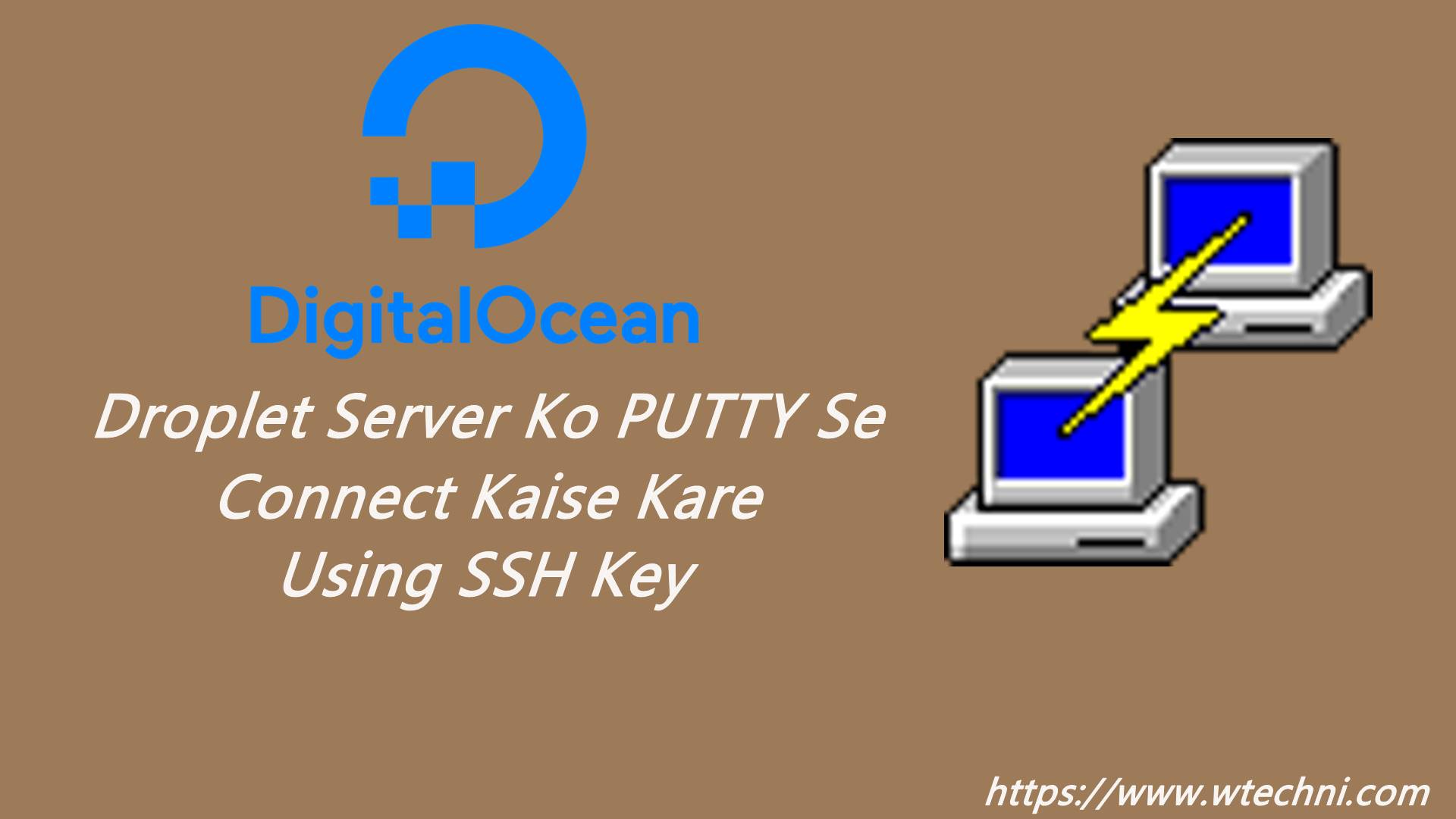